Topic of the Week

AI in the Hiring Process

As we enter 2023, changing employment trends have emerged that are already impacting countless employees and job seekers.

Thought for the Week

While there are some concerns about automation replacing human workers, AI is most successful when coupled with a human touch&mdash;or at least some human oversight. AI will likely play a large role in the future of work, but rather than replace employees, AI technology will change what type of work employees perform.

1. What is sexual harassment?

Sexual harassment is a form of sex discrimination and violates Title VII of the Civil Rights Act of 1964 when it occurs in the workplace. EEOC guidelines define sexual harassment as unwelcome sexual advances, requests for sexual favors, and other verbal or physical conduct of a sexual nature when:

Unwelcome is the critical word. Unwelcome means unwanted. Sexual conduct is unwelcome whenever the person subjected to it considers it unwelcome.

2. What kinds of behavior could be considered sexual harassment?

3. Which laws pertain to sexual harassment?

Title VII of the Civil Rights Act of 1964 is a federal law that protects individuals from discrimination based upon sex. This law makes it illegal for an employer to discriminate against individuals in hiring, firing, and other terms and conditions of employment, like promotions, raises, and other job opportunities because of their sex. Courts have found that sexual harassment is a form of sex discrimination and therefore violates the laws against sex discrimination in the workplace.

Sexual harassment as sex discrimination under Title VII is shown by proving that the harasser targeted one sex or displayed general hostility to one sex, without regard to which sex the harasser or victim are.

Some states have laws that offer employees protection against sexual harassment beyond Title VII. For more information, check out your state’s relevant laws or contact an employment lawyer in your state.

4. Are there different types of sexual harassment claims?

Yes, generally there are two types of sexual harassment claims:

Unwelcome sexual advances, requests for sexual favors, or other conduct of a sexual nature is quid pro quo sexual harassment when:

Courts consider several factors to determine whether an environment is hostile, including:

5. Who can be considered a harasser in the workplace?

The harasser can be the victim’s supervisor, a supervisor in another area, a co-worker, or someone who is not an employee of the employer, such as a client or customer.  In fact, a victim of sexual harassment does not necessarily have to be the person directly being harassed; the victim could be an employee who is indirectly but negatively affected by the offensive conduct.

6. Can one incident of harassment or offensive behavior constitute sexual harassment?

It depends. Quid pro quo cases may be considered sexual harassment when linked to the granting or denial of employment benefits. On the other hand, the conduct would have to be quite severe for a single incident or isolated incidents of offensive sexual conduct or remarks to rise to the level of a hostile environment. Hostile environment claims usually require proof of a pattern of offensive conduct. Nevertheless, a single and extremely severe incident of harassment may be sufficient to constitute a Title VII violation. A general rule of thumb is that the more severe the harassment is, the less likely it is that the victim will be required to show a repetitive series of incidents. This is especially true when the harassment is physical.

7. What is sexual violence in the workplace?

Given the dynamics of the working environment and the potential for intimidation based upon power relations between employees and their supervisors or as between co-workers, sexual violence in the workplace is a real problem. The United States Department of Justice estimates that eight percent of all rapes occur while the victim is working.

Many states also make it illegal to discriminate on the basis of sex. Somes states’ harassment laws apply to even more employers than the laws on other types of discrimination because they cover employers with fewer employees that the discrimination laws. For more information, please see our page on the minimum number of employees needed to file a claim under your state law.

9. I was harassed by my boss. Is the company legally responsible?

An employer is always legally responsible for harassment by a supervisor that culminates in a tangible employment action. The company cannot avoid legal liability on the basis that you did not complain about the harassment, or because it took other steps designed to discourage workplace harassment. The Supreme Court recognized that this result is appropriate because an employer acts through its supervisors, and a supervisor’s undertaking of a tangible employment action is equivalent to an act of the employer.

If you have been harassed by a supervisor, you should consult with an attorney to determine whether you have been subjected to a tangible employment action. If you have been, then you would be entitled to pursue a lawsuit to recover for the harm you have suffered, including lost wages and psychological harm.

The Equal Employment Opportunity Commission (EEOC) is the federal agency responsible for investigating charges of job discrimination related to sex in workplaces of 15 or more employees. Most states also have their own agencies that enforce state laws against discrimination.

11. How is employer liability for sexual harassment structured under the law?

Employers can be legally responsible for sexual harassment against their employees and liable to them for damages. Liability depends on the type of harassment, and who committed it.

Harassment by a supervisor:

If the harassment results in a tangible employment action (such as firing, demotion, or unfavorable changes in assignment), the employer is liable.

If the harassment is a hostile work environment, then the employer can also be liable, but it has a possible defense, if it can show that the employer exercised reasonable care to prevent and promptly correct any harassment and the employee unreasonably failed to take advantage of the company’s preventive or corrective measures.

Harassment by a co-worker:

The employer is liable if it knew or should have known about the harassment unless it took immediate and appropriate corrective action. Significant monetary damages are possible and not uncommon in sexual harassment cases. Victims of harassment may receive both compensatory and punitive damages, and they are entitled to a trial by jury.

12. What are the remedies available to me?

Victims of sexual harassment can recover remedies including:

Remedies also may include payment of:

An employer may be required to post notices to all employees addressing the violations of a specific charge and advising them of their right to be free of discrimination, harassment, and retaliation. If necessary, such notices must be accessible to persons with visual or other disabilities that affect reading. The employer also may be required to take corrective or preventive actions with regard to the source of the discrimination and minimize the chance it will happen again, as well as discontinue the specific discriminatory practices involved in the case. Your state law may allow for greater or different remedies than federal law.

For more information on filing a complaint about sexual harassment, select your state from the map or list below. 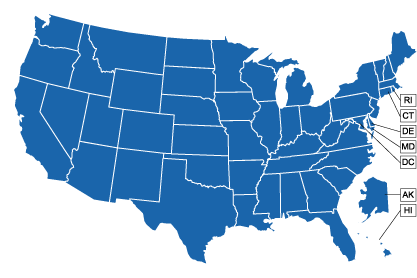 14. What will the EEOC do after I file a complaint?

After you have filed a complaint, the EEOC will notify your employer that you have filed a charge and will begin an investigation into your complaint. The EEOC may then a take a number of different paths. First, the EEOC may attempt to settle your complaint or refer you and your employer to a mediator. Second, if the EEOC is unable to reach a settlement both parties agree on, and the defendant is a private employer, the EEOC may file a lawsuit in federal court. Finally, the EEOC may also choose to simply dismiss the charge. When a charge is dismissed, or if the EEOC is unable to reach an agreement to settle the complaint, the EEOC will issue a notice to you advising you of your right to sue in court. This notice is called a “right-to-sue” letter. If you want to file a lawsuit before the EEOC completes its process, you may request a right-to-sue letter.

16. Can I bring my sexual harassment claim to court?

Yes. The Ending Forced Arbitration of Sexual Assault and Sexual Harassment Act of 2021 liberates employees subject to forced arbitration agreements with the option to bring claims of sexual harassment, assault, or discrimination before the court. Traditionally, employers force employees to address any legal matters through arbitration.